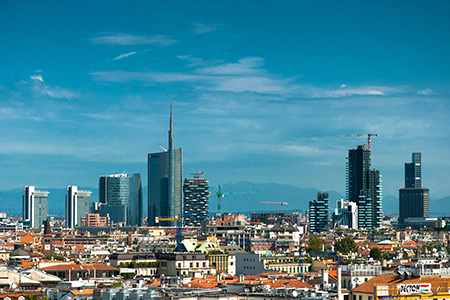 What is the trend of real estate in Milan?

If there is one thing on which all the statistics and the industry agree on is this: the real estate market a Milano He is showing important signs of recovery.

First Milan has restarted its property market in the wake of 'positive trend of the trades nationally, in turn favored by lower prices and greater convenience and ease of access to loans.

More, The city of Milan is seen as the driving guide the recovery of the Italian real estate market, especially in residential sector, thanks to the positive momentum created by events such as the Expo and the creation of new districts and services.

In this article I will show you what has been l 'progress dell’real estate a Milano in 2016, with data e i trend on trades and on prices and forecasts for the coming years.

If you want to deepen the data you can find them in the publication "Detection prices Properties of the Metropolitan City of Milan"Implemented by the Chamber of Commerce of Milan, in collaborazione con la F.I.M.A.A. Milano Monza & Brianza.

According to the statistics the Revenue, Furthermore, Milano was the Italian cities that, together with Torino, had the highest increase of trades compared to 2015. That's why we talk about Milan as the city leading the recovery.

This data will also add those of Nomisma: in 2016 is increased the number of families all interested 'purchase a property in Milan, over that a lease.

Interestingly, the '82% of sales in Milan involved renovated houses, then quasi 4 apartments on 5 volumes are generated from not.

in first two months of the 2017 the demand of residential properties in Italy it has grown again (+7,7%) and also that of the metropolitan cities. Milano It has confirmed again the most dynamic with a +8,3% houses of trades.

Even the timing relating to trades They have seen a improvement.

Compared to previous years, when he got to touch the waiting times 10 months for the single sale of a property, the situation is definitely improved.

Today the period of time that elapses from when a property is placed on the market until the conclusion of the notarial deed is about 7 months (in general in Italy 7,7 against 8,9 of previous surveys).

This level of prices leads Milan back 10 years: It is in fact similar to that of 2006, ie long before the economic crisis.

In general we can then speak at the time of a stabilization of prices Realty in Milan, which also houses and refurbish: interesting fact for those who wish to buy residential or investment.

In terms of rents average rents in Milan continued growth with a +3,7% in 2016 compared to 2015. Renting a house costs on average 12% in less than five years ago. Even for leases the demand is increasing.

To follow in thendamento DEI prezzi a Milano I point out these two resources:

Milano in the top 15 d'Europe

Even this year Milan is in Ranking of the 15 European cities with the more profitable real estate market.

In the report "Emerging Trends in Real Estate Europe 2017”, elaborato da PwC e Urban Land Institute, we read that Milano it is 15th the list and continues to maintain its primacy in Italian real estate landscape.

In 2016, in addition to taxi of interest low on mortgages and prices content Realty, as well as Following positive left by 'Expo, there was the birth of new neighborhoods urban (Porta Nuova and CityLife), which he has led to a considerable increase from investments in the city, especially for businesses.

As for the 'performance of the industry nationwide, even in the case of Milan, we are far from the numbers that were seen in property during the pre-crisis years.

The real estate market a Milano, But, It does not seem to worry about having to, rather.

The forecasts the residential sector are optimistic and analysts estimate a increase constant (although moderate) volumes homes for sale and for rent.

Concerning prices it is estimated a minimum increase for sales, around +1%, and a relative stability of rents.

Milano continue to be the Italy's economic center and a metropolis always alive and productive also in property market. We are specialized in real estate investments his Milano for its positive features that allow us to create more and operations profitable and safe.

HOW TO INVEST IN SAFETY?
Sign up for the newsletter and receive now our guide for real estate investments safe

You can unsubscribe at any time thanks to the link in each email we will send.

"I founded Twenty-one with a specific goal: help those who want to invest in finding the most cost effective and secure real estate transaction, guiding it step by step to guarantee him the highest gain with minimum risk. "

Request information about our investments now