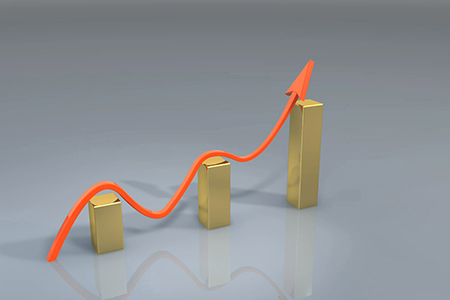 How's the industry and what are the estimates?

Many people for some years now are wondering if and when House prices again begin to rise. You also probably you're not asking for a long time.

Come sai, in recent years the Italian real estate market He suffered economic crisis of our country. But there are some important signals emerged from the latest statistics that I want to share with you to give you an idea of current trend.

In this article I will show you what has been l 'progress the real estate market in 2016 and first part of 2017, with data and trends on Trade, on prices and on mortgages.

Furthermore, I will try to put together the forecasts more truthful and tangible developed by different experts to make you understand what you can expect from real estate market in 2017-2018.

The balance of the 2016 has been positive: the data of last three months of the 2016 confirmed growing trend the entire real estate industry since 2014 for trades: +16,4% compared to the same period of 2015.

Here you can see the total number of units sold per quarter 2016.

Since the supply and demand market is influenced by seasonality, make the comparison between a quarter and the previous one does not give us a representative picture. It is more appropriate, instead, comparing each quarter with the previous year to better grasp the trends.

This is the percentage change in quarters 2016 compared to those of the 2015.

This growth It was made for third consecutive year.

sure, it's clear, we are still far from the numbers that you recorded before the economic crisis, when you could count over 850.000 homes sold. But it is an objectively growing trend that is looking for a gradual recovery.

In a previous article I explained why I believe should invest now in real estate in Italy, and I showed you the reasons the increase in sales:

People have so started to buy mainly because they have been able to take advantage of lower prices and Favourable conditions in the mortgage market.

The trend in property prices has been rather less rosy.

From 2008 the trend has always been negative, as a direct consequence of the economic crisis and the chain of other unfavorable factors: l’political uncertainty, the low supply of loans the A lack of confidence in the property market (a vicious circle ").

From the outbreak of the crisis up to 2014 the balance was negative both in terms of sales than on price. From 2014, But, the trades They returned slowly to go up, consolidating the growth in 2015 e 2016. This recovery has led to a slowdown of the falling prices until today.

Even the 2016 It has, however, concluded with the prices falling, but in some big cities like Milano the value al square meter It began to rise: +1-2% for the moment.

According to market analysts Trading prices They are still in a negative ground, but the decline will gradually lead in next years to a stability.

During 2016 the demand of new mortgages per buy house It was dictated, as I said above you, by lower house prices and low interest rates.

The statistics also show the amount of capital paid: a total of about 29,4 billion euros, than on a single dwelling and of circa 119.000 euro.

We can say that buy a house resorting to the mortgage was in 2016 a convenient choice and can still be.

As for the performance of trades, you can not even talk about the numbers of pre-crisis years, but we are definitely facing a favorable moment.

You naturally ask what is the market trend in the 2017.

The trend it's still growing: in first quarter of the 2017 There has been an increase in the +8,6% of the trades compared to the same period of 2016.

The demand for real estate is indeed growing and sales times are reduced: circa 145 days in big cities, 171 the hinterland of big cities and 162 in the provincial capitals.

The 2017 It will therefore be the year of recovery housing market?

To say with certainty will only facts and stats. in the meantime, the current framework is that of a market that gives positive signals.

Figures for the first months of 2017 they look to the future in order optimistic.

According to the estimates Casa.it thrust the energetic demand will keep alive the market trades.

The Tecnocasa forecasts are just as positive and add to this picture the renewed confidence of Italian in the brick, not only in the purchase of the house itself but also as property investment.

According to the forecasts It is expected to price increase in big cities between the 0% e +2% for the 2017, while the provincial capitals and the hinterland we will have to wait 2018.

Looking to the long term, anyway, all the experts seem to share the same vision: The trades continue to rise and the prices They will stabilize returning grow again just starting from 2018.

What to say, the next few years will certainly be a very important test for the housing market!

If you want to take advantage of favorable moment to invest in property download this guide with our advice to do Real safe investments.

HOW TO INVEST IN SAFETY?
Sign up for the newsletter and receive now our guide for real estate investments safe

You can unsubscribe at any time thanks to the link in each email we will send.

"I founded Twenty-one with a specific goal: help those who want to invest in finding the most cost effective and secure real estate transaction, guiding it step by step to guarantee him the highest gain with minimum risk. "

Request information about our investments now